Donostia / San Sebastián rental house 17 people
8,8
Fabulous
1095 reviews
Pension opened in 2009 at 50 meters from Playa de la Concha, in the center of Donostia, from it you can walk to all points of interest, port, old part, Kursaal ... All rooms have a bathroom private bathroom, hair dryer,…
Pax / night
approx 32€Book

Donostia / San Sebastián rental house 10 people
9,2
Superb
402 reviews
Just opened, the Ondarra pension offers a strategic location to get to know the city on foot, and facilities that satisfy the most demanding traveler, in a good value for money. 943278295. www.pension-ondarra.com Located…
Pax / night
approx 80€Book 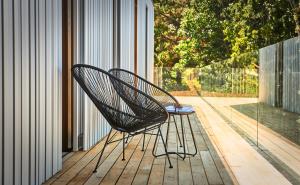 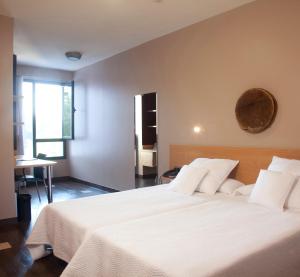 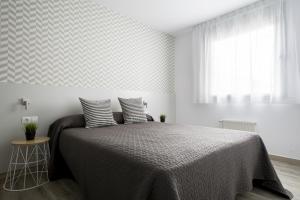 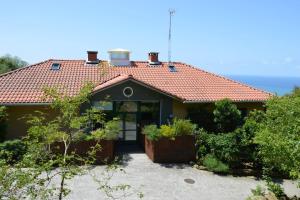 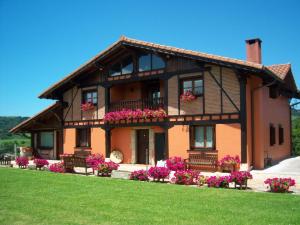 💰 What price usually have a rental house near Donostia / San Sebastián?

These are the average prices per person and day for a rental house near Donostia / San Sebastián:

San Sebastián (Spanish: [san seβasˈtjan]) or Donostia (Basque: [doˈnos̺tia], French: Saint-Sébastien) is a coastal city and municipality located in the Basque Autonomous Community, Spain. It lies on the coast of the Bay of Biscay, from the French border. The capital city of Gipuzkoa, the municipality's population is 186,095 as of 2015, with its metropolitan area reaching 436,500 in 2010. Locals call themselves donostiarra (singular), both in Spanish and Basque.

The main economic activities are commerce and tourism, and it is one of the most famous tourist destinations in Spain. Despite the city's small size, events such as the San Sebastián International Film Festival have given it an international dimension. San Sebastián, along with Wrocław, Poland, was the European Capital of Culture in 2016.

In spite of appearances, both the Basque form Donostia and the Spanish form San Sebastián have the same meaning of Saint Sebastian. The dona/done/doni element in Basque place-names signifies "saint" and is derived from Latin domine; the second part of Donostia contains a shortened form of the saint's name. There are two hypotheses regarding the evolution of the Basque name: one says it was *Done Sebastiáne > Donasa(b)astiai > Donasastia > Donastia > Donostia, the other one says it was *Done Sebastiane > *Done Sebastiae > *Done Sebastie > *Donesebastia > *Donasastia > *Donastia > Donostia.

The city is located in the north of the Basque Autonomous Community, on the southern coast of the Bay of Biscay. San Sebastián's three beaches, Concha, Ondarreta, and Zurriola, make it a popular resort. The town is surrounded by easily accessible hilly areas: Urgull (adjacent to the old part of the city), Mount Ulia (extending east to Pasaia), Mount Adarra (south of the city) and Igeldo (overlooking Concha Bay from the west).

The city sits at the mouth of the River Urumea, Donostia was built to a large extent on the river's wetlands over the last two centuries. In fact, the c…

Here are other nearby places to look for rental houses:

🔎 What are the popular searches for rental houses in Donostia / San Sebastián?

These are searches of rental houses in Donostia / San Sebastián related to this listing that may interest you: