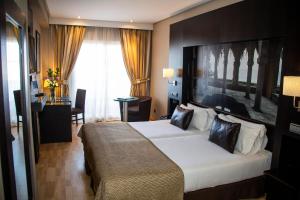 Ceuta hotel
8
Very Good
1572 reviews
Hotel Ulises is located in the heart of Ceuta, just a few metres from Ribera Beach. This design hotel has a seasonal outdoor swimming pool. Rooms at the hotel are modern and elegant. They all have a large plasma TV with…
Pax / night
approx 25€Book 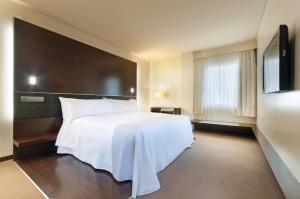 Ceuta hotel
7,4
Very Good
1073 reviews
Just 300 metres from Ceuta’s Port, Hotel Ceuta Puerta de Africa is next to the Municipal Palace. It offers free Wi-Fi, a seasonal outdoor pool and a spa with a sauna and hot tub. Bright, air-conditioned rooms have a TV a…
Pax / night
approx 25€Book 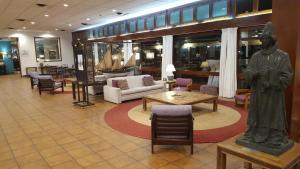 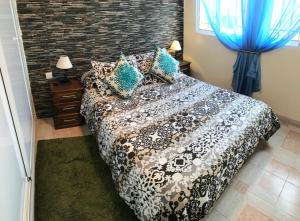 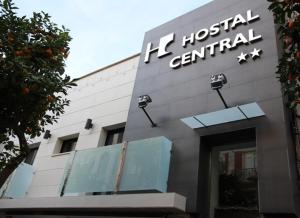 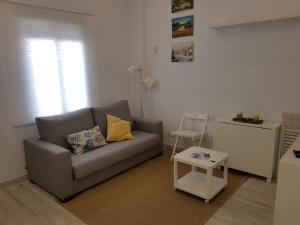 Ceuta rental house
8,4
Very Good
175 reviews
Situated 200 metres from Benitez Beach, Apartamentos Villajovita offers a garden, a terrace and accommodation with a patio and free WiFi. The units come with tiled floors and feature a fully equipped kitchen with a micro…
Book 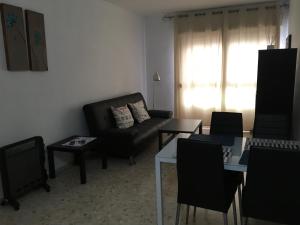 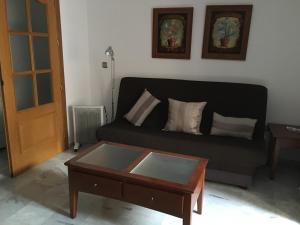 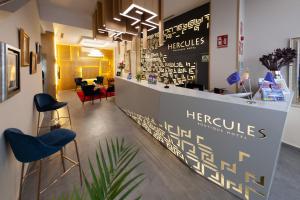 Ceuta hotel
8,4
Very Good
213 reviews
Hercules Boutique Hotel is a 4-star property situated in Ceuta. This 4-star hotel offers a 24-hour front desk, luggage storage space and free WiFi. At the hotel, the rooms include a desk, a flat-screen TV and a private b…
Pax / night
approx 75€Book 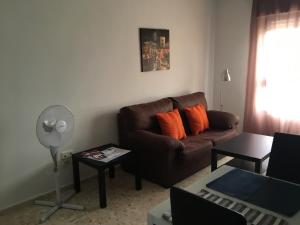 💰 What price does a country house in Ceuta usually have?

These are the average prices per person and day for a country house in Ceuta:

Ceuta (English: /ˈsjtə/, English: /ˈstə/, Spanish: [ˈθeuta]; ; Arabic: سبتة) is an Spanish autonomous city on the north coast of Africa, separated by from Cadiz province on the Spanish mainland by the Strait of Gibraltar and sharing a land border with M'diq-Fnideq Prefecture in the Kingdom of Morocco. It lies along the boundary between the Mediterranean Sea and the Atlantic Ocean and is one of nine populated Spanish territories in Africa and, along with Melilla, one of two populated territories on mainland Africa. It was part of Cádiz province until 14 March 1995 when both Ceuta and Melilla's Statutes of Autonomy were passed, the latter having been part of Málaga province.

Ceuta, like Melilla and the Canary Islands, was a free port before Spain joined the European Union. Its population consists of Christians, Muslims and small minorities of Sephardic Jews and ethnic Sindhi Hindus.

Spanish is the official language, while Darija Arabic is also spoken by 40–50% of the population, which is of Moroccan origin.

The name Abyla has been said to have been a Punic name ("Lofty Mountain" or "Mountain of God") for Jebel Musa, the southern Pillar of Hercules. In fact, it seems that the name of the mountain was actually Habenna (, , "Stone" or "Stele") or ʾAbin-ḥīq (, , "Rock of the Bay"), in reference to the nearby Bay of Benzú. The name was hellenized variously as Ápini (), Abýla (), Abýlē (), Ablýx (), and Abílē Stḗlē (, "Pillar of Abyla") and in Latin as Mount Abyla () or the Pillar of Abyla ().

The settlement below Jebel Musa was later renamed for the seven hills around the site, collectively referred to as the "Seven Brothers" (; Latin: Septem Fratres). In particular, the Roman stronghold at the site took the name "Fort at the Seven Brothers" (). This was gradually shortened to Septem ( Sépton) or, occasionally, Septum or Septa. These clipped forms continued as Berber Sebta and Arabic Sabtan or Sabtah (), which themselves became in Portuguese (Portuguese: [ˈsewtɐ]) and Spa…

More places to see in Ceuta

🏡 Looking for country houses in Ceuta?

Here are other nearby places to look for country houses:

🔎 What are the most popular related searches?